PM Najib Abdul Razak said Umno is truly an ISLAMIC party. UMNO is the dominant party in this BN-led Govt in which Mukhriz Mahathir is a Deputy Minister of International Trade and Industry and whose eldest brother, Mirzan Mahathir is involved in ALCOHOL -production and marketing industry and whose father (Mahathir Mohamad) once said Malaysia is already an Islamic state. Read here for more

Mirzan Mahathir, the eldest son of Tun Dr Mahathir Mohamad was recently appointed to the Board of San Miguel Corp, the owner of the BEER making San Miguel Brewery Inc.

The BEER is brewed in the Philippines, China, Indonesia, Vietnam, Thailand and Malaysia, and is sold in 60 markets worldwide, according to the company’s Web site. 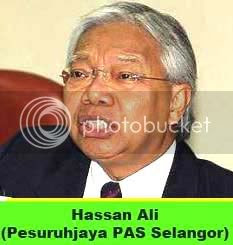 We Say to PAS's Hassan Ali and the JAWI Goon Squad: 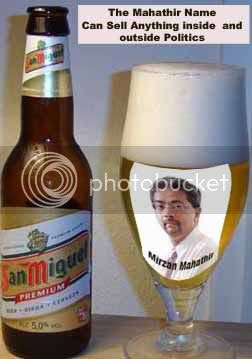 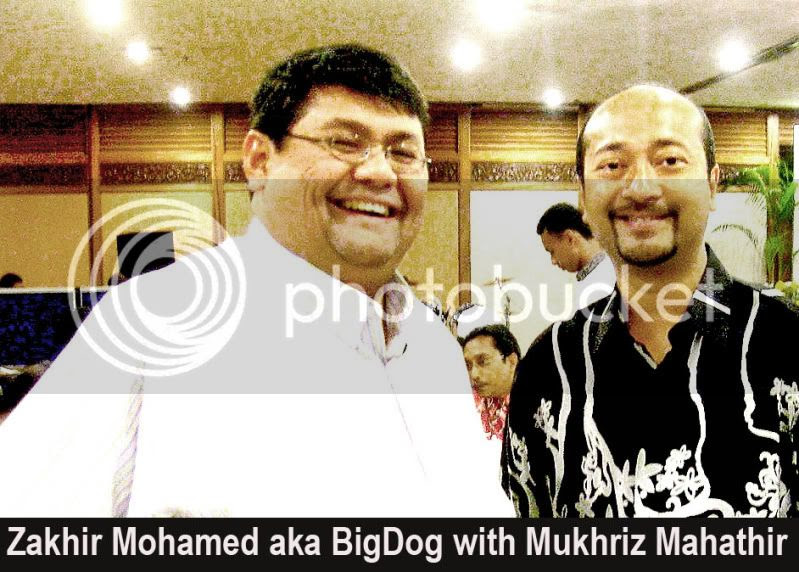 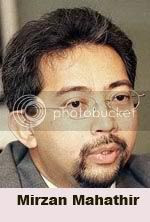 San Miguel Corp told the Philippines stock exchange last week about Mirzan Mahathir’s appointment which is to represent the interests of Q-Tech Alliance Holdings Inc on the board.

Q-Tech, a Manila-based investment company in which Mirzan has a stake in, recently acquired a 19.9 per cent share in San Miguel Corp for 39.61 billion pesos (RM2.9 BILLION).

It bought the stake from Japan’s Kirin Holdings, which used the funds to help finance the acquisition of a 43 per cent stake in San Miguel Brewery Inc.

Mirzan’s involvement in the deal has raised some eyebrows among Malaysia’s conservative Muslim community.

Mirzan Mahathir’s corporate forays have not been without controversy. He once controlled Konsortium Perkapalan Bhd when Dr Mahathir was prime minister, but was forced to sell its shipping assets to Malaysia International Shipping Corporation (MISC), in what critics said then was a bailout.
Posted by Malaysian Unplug at 00:43:00

Been saying all this along. So saying it right here agian. Malaysia is full of hypoccrites. As good as telling the rakyat not to screw all the China dolls flooding around in the towns and cities. yet they operate the biggest brothels and raking in the big $$$ day-in, day-out. This is what Malaysia is all about. Yey they profess to be from the highest order of all world religions. The 'untouchables' of sorts. And, in the process, behave worst than animals. Especially cows which apparently have more decent sense antime, anywhere.
malsia1206

Hey Mirzan, you see what happens when your mamak dad goes around declaring our country a Muslim state. Now you are in a fix, aren't you? You will reap what you sowed. I believe this also goes to Tan Sri Haniff Omar (ex IGP) for his involvement with Genting.