Ijok By-Election: An Absolutely Disgraceful Event in the Name of Democracy

" The Election Commission must be held fully accountable for blatantly allowing an unequal playing field in the contest for the Ijok constituency. The election process was perverted to the extent of permitting resources of the public and Government bureacracy to support overtly the Barisan Nasional candidate and to suppress the efforts of the opposing candidate.
-'Malaysian Unplug'

"..... Worse than doing nothing to check the avalanche of abuses that had destroyed the legitimacy and legality of this election, the chairman of EC Rashid Rahman abetted such abuses by declaring that these instantaneous allocations of development funds to induce votes during the election is an acceptable practice that does not amount to vote-buying. ..."
-Kim Quek

Eye-Witness Evidence of Vote-Buying at the Ijok By-Election: Read here for more

A polling observer gave an eyewitness testimonial about a woman voter who asked for money from the presiding officer in charge of the polling station. 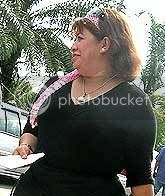 " I remember her name, Liana Majin and she was 27 years old.

She was a rather plump Malay woman and she was wearing an aerobic-like suit.

After voting, she showed a letter to the presiding officer and said ‘Mana duit untuk tambang?’ (Where is the money for the journey) and was led out to another room,” he said.

However, he pointed out that she looked much older than her stated age in her IC.

Parti Keadilan Rakyat’s international bureau chief Faisal Mustaffa who was in charge that particular polling station said Liana was in their ‘suspect’ list of questionable voters.

“The list consisted of about 30 names of voters who had incomplete addresses and were not known by the people in the area. She was on that list and this was confirmed by our polling agent who said she made an appearance."

He said he later received an SMS bearing her name and her IC number asking for payment because she claimed voting for PKR.

“Liana Majin asked where to collect fare. She has a claim form with her name and a letter from Umno. She is No 1670 at Bukit Badong,” the text message read.

Faisal said he was highly suspicious of her intent and did not reply to it.

“I did not reply and I don’t know who she is. She then sent a second SMS asking me not to circulate her first SMS,” he said.

"...some poll watchers are calling it (Ijok by-election) one of the dirtiest by-elections in the country’s history.

On Saturday, the coalition of the ruling parties ( Barisan Nasional)won with an increase majority of 1,850 votes in the hotly contested by-election.

The following are some responses from key poll watchers:

Ghosts are the phantom voters.

Thieves are those who:
-buy votes using state money which does not belong to the party. They are stealing public money to woo voters.
- votes with their own money so they would have a chances to steal from the public later.

Beasts are those in the electoral process who use actual physical violence on voters to intimidate them.

This concerns all of us and if we don’t solve this issue, the entire election process will not get the respect and confidence of the public.

People will then use other means to attain power if the ballot box is useless in bringing change.