Read here earlier posting: "MAY 13 : Dr. Kua's Latest Book Based on Declassified Documents - Deconstructing the Myths and the Official Version "
FOR THE RECORDS:
This was how Time Magazine reported on the May 13, 1969 Race Riots in Malaysia in its May 23, 1969 Issue and the aftermath in the July 18, 1969 Issue 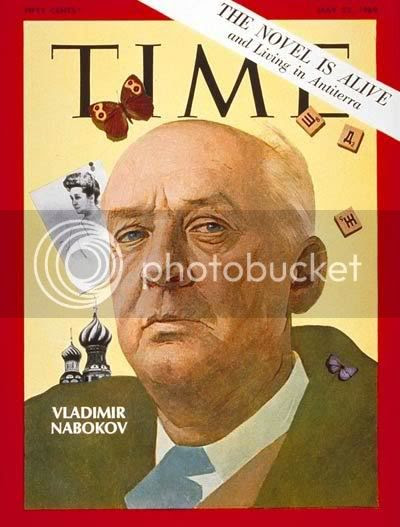 MALAYSIA'S proud experiment in constructing a multiracial society exploded in the streets of Kuala Lumpur last week. Malay mobs, wearing white headbands signifying an alliance with death, and brandishing swords and daggers, surged into Chinese areas in the capital, burning, looting and killing. In retaliation, Chinese, sometimes aided by Indians, armed themselves with pistols and shotguns and struck at Malay kampongs (villages). Huge pillars of smoke rose skyward as houses, shops and autos burned.

Firemen drew sniper fire as they attempted to douse the flames, and outnumbered police watched helplessly at times as the street gangs rampaged. One man, trying to escape from his burning car, was thrown back into it by a howling mob, and died. By the time the four days of race war and civil strife had run their course, the General Hospital's morgue was so crowded that bodies were put into plastic bags and hung on ceiling hooks. Government officials, attempting to play down the extent of the disaster, insisted that the death toll was only 104. Western diplomatic sources put the toll closer to 600, with most of the victims Chinese.

No Longer Satisfied. From its inception, Malaysia has been haunted by racial divisions. By tacit agreement, the Federation's 4,300,000 Malays under Prime Minister Tunku Abdul Rahman wielded political power. Economic power was largely in the hands of Malaysia's 3,400,000 Chinese. There are also the 1,000,000 Indians and Pakistanis who make up the third major ethnic group. What made it all work was the Tunku's Alliance coalition, in which Malay, Chinese and Indian parties participated. But for some time the Chinese and Indians had feared that eventually they would be pushed out as laws favoring Malays for schools and jobs bore fruit.

The trouble began two weeks ago, when newly formed Chinese opposition parties cut heavily into the Alliance's majority in parliamentary elections. It became suddenly apparent that many Chinese were no longer satisfied with just economic hegemony, but wanted a protective share of the political power as well. Nothing was more surely calculated to frighten the Malays, in particular the Malay "ultras" (right-wingers), who have long preached the doctrine of Malaysia for the Malays. Alarmed, the ultras began to discuss ways of retaining control. At a Malay post-election meeting in Kuala Lumpur, Chinese onlookers began to taunt those in attendance. Infuriated, the Malays attacked. At least eight Chinese were killed and within 45 minutes fast-spreading riots forced the Tunku to clamp a 24-hour curfew on the capital.

Returning to Singapore. Struggling to restore order as the fighting mushroomed, the Tunku and Deputy Prime Minister Tun Abdul Razak took power into their own hands. Parliament was suspended, as were constitutional guarantees. Total administrative power was taken by the newly formed, all-powerful National Operations Council headed by Razak, which proceeded to suspend publication of all Malaysian newspapers for several days. Arrests began. Ninety-three alleged terrorists were bagged in a swoop on a Chinese apartment building in Kuala Lumpur, and Razak reported that all Communists and known sympathizers were being rounded up. Razak and the Tunku blamed all the troubles on Communist China, which, they charged, had funneled large sums of money to Communist agitators in Malaysia. Later, however, the Tunku backed off slightly, and praised "loyal Chinese elements," adding that he had been mistaken when he blamed Chinese Communists for all the troubles.

As tensions eased late in the week, curfews were lifted long enough to allow householders to go out and buy food. The fires burned on, however, and there were still occasional racial clashes. For some time to come, Malaysia would be a bitterly divided society. Already many Chinese have given up hope: one senior government official spoke of abandoning everything in Kuala Lumpur and returning to his native Singapore. There was no doubt that if many others followed his example, severe damage to Malaysia's once-prospering economy would result. Beyond that was the question of whether the wounds opened last week would ever sufficiently heal to permit Malaysia's diverse peoples to resume their quest for a working multiracial nation. 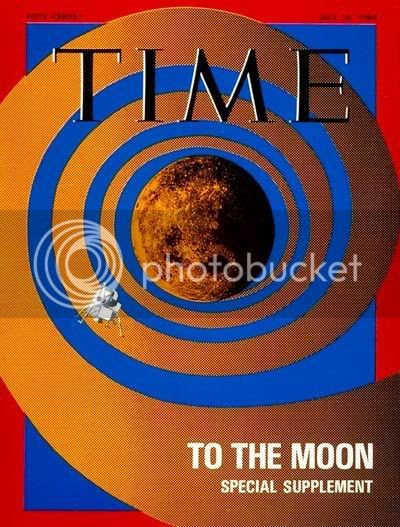 The World (Malaysia) : PREPARING FOR A POGROM : Click HERE to original article

Residents of Kuala Lumpur, both rich and poor, used to congregate by the thou sands each night around long rows of food stalls throughout the city. Many were there for their evening meal of satay (meat roasted on a short skewer of cane and dipped in curry sauce). Others stopped off on their way home for a bowl of soup. In the polyglot capital of Malaysia, this nightly relaxation attracted not only Malays but also citizens of the large Chinese minority and the smaller Indian and Pakistani groups.

For the past two months, however, Kuala Lumpur's food stalls have closed early and the street crowds that usually mingled pleasantly now scatter for cover at any unusual sound. In the wake of bloody race riots that may have claimed 2,000 lives, Malaysia's peoples have bro ken little bread together; they have probably broken any hope for multiracial harmony for many years to come.

Last week, though no further rioting occurred, Kuala Lumpur was a city of mounting tensions and widening divisions. In the weeks since the first riots—which terrified primarily the Chinese, since they were the main victims—new incidents have centered on Indian communities as well. With both minorities now targets for mob attack, the struggle has become more clearly than ever the Malay extremists' fight for total hegemony. Whether or not the Malay-controlled police force and emergency government have actually stirred up some of the house-burning, spear-carrying mobs, they seem unwilling to clamp down on them. Strict government censorship has created a news void that forces panicked citizens to keep their transistor radios tuned to the police band and gives credence to constant ru mors of terror. Chinese secret societies, the backbone of self-defense whenever officials are distrusted, are flourishing and, justifiably or not, Malaysia's minorities are preparing for a pogrom.

Benefits at the Top. Malaysia's working arrangement for the past 20 years has always kept political power in the hands of Malays but allowed the more commercially aggressive Chinese and Indians to accumulate much of the economic power. Outwardly, this combi nation brought twin blessings. Malaysia developed a thriving modern economy that produced one of the highest per cap ita incomes in Asia, and at the same time enjoyed the personal freedoms of a liberal democracy. Presiding over the hopeful experiment was the avuncular figure of 66-year-old Prime Minister Tunku Abdul Rahman. His Alliance coalition, dominated by Malays but including both Chinese and Indian parties, won control of Parliament during the election of 1955, two years before in dependence, and has kept it ever since.

For all its practical success, Malaysia never really managed to overcome racial enmities. The Chinese and Indians resented Malay-backed plans favoring the majority, including one to make Malay the official school and government language. The poorer, more rural Malays became jealous of Chinese and Indian prosperity. Perhaps the Alliance's greatest failing was that it served to benefit primarily those at the top. It was not unheard of for a government official to discover a new car in his garage, its donor a mystery until a Chinese towkay (rich merchant) mentioned it offhandedly—and then perhaps asked for a favor. For a Chinese or Indian who was not well-off, or for a Malay who was not well-connected, there was little largesse in the system. Even for those who were favored, hard feelings persisted. One towkay recently told a Malay official: "If it weren't for the Chinese, you Malays would be sitting on the floor without tables and chairs." Replied the official: "If I knew I could get every damned Chinaman out of the country, I would willingly go back to sitting on the floor."

Lip Service. Malaysia's democracy has been suspended as a result of the riots. Three days after they began, both the Tunku and the constitutional monarch handed over all their powers to the ambitious Deputy Prime Minister, Tun Abdul Razak. He now presides over a state-of-emergency ruling group called the National Operations Council. Heavily dependent on the military and Malay extremists for support, the N.O.C. government today is run by men who believe that Malaysia's only hope is to find a solution to the minority "problem"—and are willing to accept a lower standard of living, or even shed the federation's non-Malay Borneo states to find it. This month Razak, who as a former Minister of National and Rural Development became committed to programs for Malay supremacy, announced a new economic program. Though he has not yet given militants free reign and still manages to pay lip service to the notion that "prosperity must be spread throughout the nation," his proposals for new government-run industry, rural development and industrial training courses all seem designed solely to benefit the Malay community.

Malays could not take over the economy within the foreseeable future. They simply do not have the capital or the know-how to manage it, especially in the field of rubber production, in which Malaysia is the world leader. However, they do have the power to wreck the economy—and seemingly the hatred that could make them use it. The majority of Chinese and Indians have come to believe, as a result of the riots, that they cannot expect government protection from Malay mobs.

In retaliation, Chinese merchants have already raised prices on many goods to Malay buyers and cut off paja (credit), by which many a Malay farmer buys seed for his next crop. More ominous still, the conflict, at first only an urban affair, is spreading to the countryside. Chinese-owned pickup trucks have ceased collecting the fishing catch from the Strait of Malacca. The eagerly awaited season for durian, a large and delectable strong-scented fruit grown only in Asia, is now at its peak. In any other year, Malay farmers would make small fortunes on this rare fruit. Last week durians were rotting by the roadside because Chinese trucks were not sent for them—as they are not being sent anywhere in Malaysia's rice bowl. Economies will not long endure that kind of standoff, and the result is likely to be fresh explosions of racial strife.

Read the 1968/69 articles - Malaysia hasn't changed much since then.

Why continue to dwell in that? This article is informative but it should serve to remind us of only where we need to improve. We just need to learn to share and respect apart from being sensible.