Tian Chua, As KeADILan's Information Chief, What Were You Thinking?

Mr. Tian Chua, you are a public figure, a political leader in every respect, and someone responsible for information management on behalf of KeADILan, a Malaysian political party with representation in Parliament.

What were YOU thinking, doctoring a photo in an attempt to embarrass the Deputy Prime Minister of the country?

Faking a photo in the midst of a court trial and posting it on the website is simply NOT ON.

Whatever your political leanings are, Datuk Seri Najib IS STILL the Deputy Prime Minister of the country.

What you have done is NOT funny.

It is definitely UNACCEPTABLE to decent and fair-minded Malaysians for someone with your public standing to engage in such a media fraud.

The decent thing you should do now is to apologise to Datuk Seri Najib, and immediately RESIGN from your post as Information Chief of your political party, for the sake of keeping your personal integrity and credibility intact.

You should now go and do the right thing. 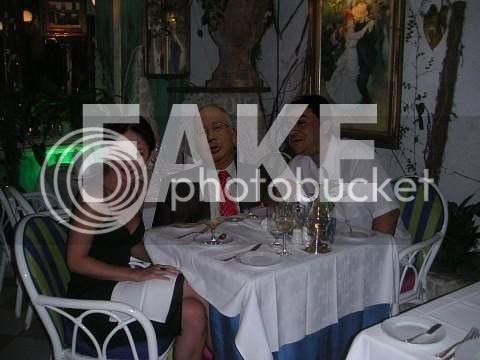 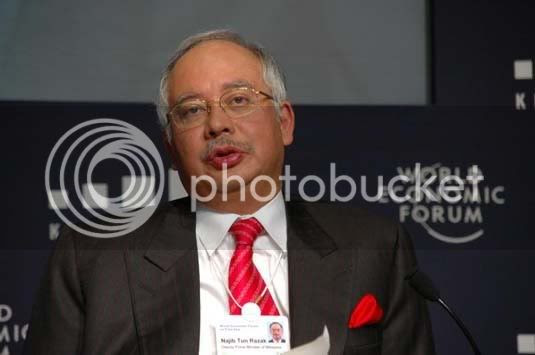 He admitted that the photograph which he had created personally was merely fantasy and a work of art but insisted that he would not retract the photograph nor apologise to anyone.

"I did it myself and it was not done professionally. If there had been such a dinner, that is how it will be perceived. The woman in the photograph was not the real Altantuya," he told reporters at the PKR office, here.

"Read the comment below posted by Tian’s reader: Why Tian indulges himself so stupidly is a mystery. Now when the real picture comes out - I’m sure Tian Chua’s doctored pix will be used to cause confusion and will get airtime in order to show that it was the work of the enemy and blur what might actually be the truth.

Stupid Boy Tian Chua ! Don’t be so amateurish. You once ran for parliament with good intentions !..."