2pm: 4th November: The police has classified the case as sudden death but the Chin family is trying to appeal to the police to investigate the case to find the person(s) responsible. Just based on the fact that the bicycle is left in town 'pasar' but body found on a hill stream bank some more than 5 KM away is not something of an ordinary occurance. Furthermore the body was found half naked! She was apparently still in her school uniform. It would be questionable that this girl would have goneswimming by walking more than 5 KM up-hill. Surely someone would have given her a ride. 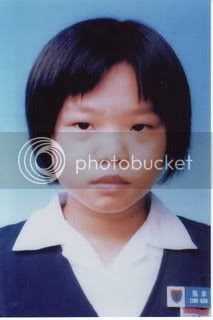 MISSING NOTICE: Chin Kha Mun is a girl from Gopeng Perak. She was last seen on 1st November 2007 visiting a local school friend at about 2PM. When her family checked with the friend at around 5PM she was not to be found except for her abandoned bicycle. Kha Mun is 12 years old

It is indeed a sad finding that Kha Mun's body was found drown in a stream a few KM away from the small town of Gopeng.

While awaiting post-mortum and other details of the sad incident, the family of Kha Mun would like to thank those who played an active role in helping to locate her as well as the care and concern for her well being.

Let us join the Chin family to mourn for the lost of Kha Mun who is too young to die at 12.