Shameful Display of Absolute Stupidity: Malaysia's Disgraceful Performance at International Court of Justice in The Hague

Go to Jeff Ooi's Screenshot for the detailed analysis of our stupid Malaysian lawyers' performance at the International Court of Justice, in The Hague.

A truly national embarrassment on the international stage by a bunch of incompetent, incredulous and half-baked Malaysian legal team-members.

Note: To cheat, knowingly or unknowingly, is a punishable crime. To get caught cheating is worse, it is an unforgivable crime.

"....I have sailed past Horsburgh (Pedra Blanca/Pulau Batu Putih) many times and I DON'T RECALL seeing the Johor mainland UP CLOSE as in (Malaysia's) photograph.

Pedra Blanca or Pulau Batu Putih, we mariners have always referred to the tiny island in the middle of nowhere as Horsburgh - after the lighthouse built on it.
- Captain Yusof Ahmad (Malaysian), "Ancient Mariner" Blog

SINGAPORE and Malaysia have a dispute over who owns Pedra Branca and two outcrops - the Middle Rocks and South Ledge.

Pedra Branca, which the Malaysians call Pulau Batu Puteh, is an island the size of a football field located some 40km east of Singapore.

Singapore has exercised sovereignty over it since 1847 when the British colonial government built the Horsburgh Lighthouse there. But in 1979, Malaysia staked a claim to the island when it published a new map of its territories and placed the island in its waters.

In 2003, the two countries signed a Special Agreement referring the dispute to the International Court of Justice (ICJ).

Legal teams from both sides are appearing before the court over three weeks until tomorrow, to argue their case. A judgment is expected next year.

Focus on the Background of the Two Photos, ie the size of the image of the hill 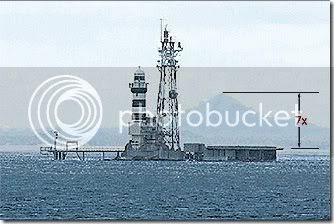 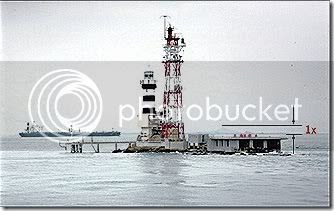 (Photo submitted by Singapore)
The first (top) photograph, which Malaysia had shown the court last week, was taken by a camera using a telephoto lens.

The second (bottom) photograph was taken by Singapore, using a camera lens that approximates what the human eye sees.

As a result, the Malaysian photograph exaggerated the height of Mount Berbukit by about seven times, ie the photographic illusion that Malaysia had created to exaggerate the closeness of Pedra Branca to Johor, Singapore’s Attorney-General Chao Hick Tin said when he presented the two photos before the court.