From Sydney Morning Herald (Australia) : Read here full article by Alan Ramsey, "Howard's cronies should join him in the wilderness"

[ Note: John Howard's Liberal Party-led Coalition was kicked out last Saturday (24 Nov.) after 11 years in Government despite a vibrant Australian economy. Malaysian voters have NOT changed the UMNO-led Coalition Government since 1957. ]

Any long-term prime minister carries a lot of lead in his saddle bag, especially a prime minister who has taken a lot of unpopular decisions. Over the years, as each new policy is introduced, some voters are lost. ..." Read here for more
-Sol Lebovic 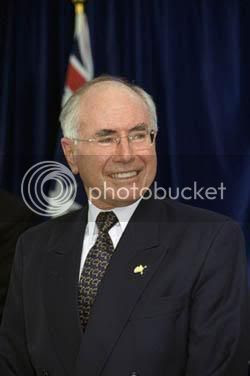 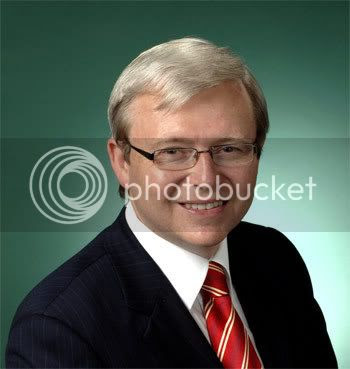 John Howard's cronies should join him in the wilderness

John Howard's Australia DIED with his government on Saturday night.

So did the political careers of a whole raft of Coalition MPs.

Nobody is more deserving of oblivion.

And where was the carnage greatest, despite all that blarney from Howard in the campaign's dying days that "I can still win"?

Labor made gains everywhere, but the Liberal bloodbath in NSW and Queensland alone gave (Opposition Leader) Kevin Rudd the 16 Coalition seats (and more) he needed to put Labor into office federally and complete the Labor sweep in every state and territory. Nine Labor governments in total.

John Howard saw the demise of every Liberal or Coalition government in every Australian capital except Sydney. Now his government joins them all in the cemetery.

Yet this, we're told, is a "great" prime minister, the national head of the Liberal Party and the senior partner for almost 60 years in what remains of the non-Labor Coalition. Such is the reality of Howard's "greatness".

As for this last election, the one that kills Howard off politically, along with the nastiest, meanest, most miserable, self-absorbed Commonwealth government to blight Australia in living memory, Rudd out-campaigned him, with discipline and immense energy, like Howard has never previously been thrashed in his 33 years in political life.

And for many of us, as Howard and his strategists pulled on every ugly negative they could come up with, not just in these past six weeks but over the past year, it was a delight to see him flounder so badly and fail so completely.

All that remains to sweep him out of sight is to get rid of the more obscene remnants of his governance in the months ahead.

WHILE most federal elections are fascinating, Election 2007 will go down as one of the most intriguing for some time.

It will redefine the political landscape in Australia.

This election set several new records that will rewrite the history books, including:

* The first time the winning leader trailed the incumbent prime minister on economic management. In the previous six elections no one has won office without being at least competitive on this key measure. In the final Newspoll conducted on election eve, Kevin Rudd trailed John Howard by a sizeable 22 points on who voters believed was more capable of handling the economy.

* An incumbent prime minister losing the election, and possibly his own seat, yet the majority of the electorate were satisfied with the job he was doing. Howard ended the campaign with a satisfaction rating of 51 per cent. While this is a relatively high figure, it paled in comparison with Rudd's 63per cent, close to the record high for an Opposition leader he set himself earlier this year.

* Labor reached a new 60-year high in terms of two-party support of 53.3 per cent, on the latest count. Prior to this election, the highest two-party support Labor had achieved was just below this at 53.2 per cent in 1983 when Bob Hawke led Labor into government.

Reasons for the Election Win by the OPPOSITION (LABOUR) PARTY

A lot will be written about the reasons for Labor recording such a massive win.

On reflection it appears to me that the major reason Labor did so well was that Rudd captured the mood for generational change.

This was especially critical when, in contrast, the Government was struggling to organise a tidy transition of its own leadership.

Rudd embraced the new landscape in terms of media. He spoke to a NEW generation. His appeal was very much to the YOUNGER voters.

In the last published Newspoll age breakdown, Labor's strongest lead was among YOUNGER voters, leading the Coalition by 16 points on primary voter support among electors aged 18-34 years, 11 points among voters aged 35-49 but trailing by two points in the older group.

In addition, Rudd did enough to convince his supporters he had a plan for the future, though at times there was not a lot of detail or differentiation from the Coalition.

The emphasis of the plan reinforced the image that he was of the new generation, especially as he concentrated his campaign in areas such as education and climate change, areas of concern to younger voters.

The Government on the other hand had been in place for 11 1/2 years, a long time in politics. Any long-term prime minister carries a lot of lead in his saddle bag, especially a prime minister who has taken a lot of unpopular decisions. Over the years, as each new policy is introduced, some voters are lost.

In the end, Rudd's strength in terms of an image of generational change appears to have been too powerful to overcome the more traditional concerns, such as managing of the economy.