Here is Why Crime Rates Are RISING, Citizens NOT SAFE In Their Own Homes, Killers and MAT REMPITS Roaming Free

Limited police personnel resources in recent times were locked down to doing ruling parties' biddings and chasing after elected Opposition politicians and bloggers for arbitrary interviews.

Read here article in The Star 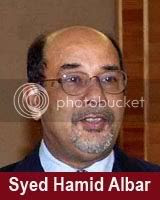 Home Minister Datuk Seri Syed Hamid Albar told the Dewan Rakyat 4,170 (96%) out of the total of 4,363 police personnel were involved in administrative and logistic duties.

That is, only 193 officers (4 %) of the 4,363 total police personnel were given the all important core function of the police, ACTIVE CRIME DUTIES.

Syed Hamid Albar told the Dewan Rakyat in a written reply to a question by Loke Siew Fook (DAP – Rasah),said, of the total 4,363 police personnel:

With only LESS than 5 % of police personnel doing Active Crime Duties, the Home Minister said the Police intended to have NOT LESS than a 40% SOLVED crime rate in its Key Performance Indicator !!!

DAP MP Loke said the rising crime index is the main concern of the people. “I call upon the minister to take immediate action and reassign the recruits to fight crime and not be in the management side." he said.