Read here article by Tengku Raleigh on his blog razaleigh.com

Click here to see more photos of the demonstration

I just got back from Gua Musang only to hear news of what happened to the thousands of GMP (Gerakan Mansuhkan PPSMI) demonstrators as they marched peacefully toward the Istana Negara. I am astonished at the way they have been treated. 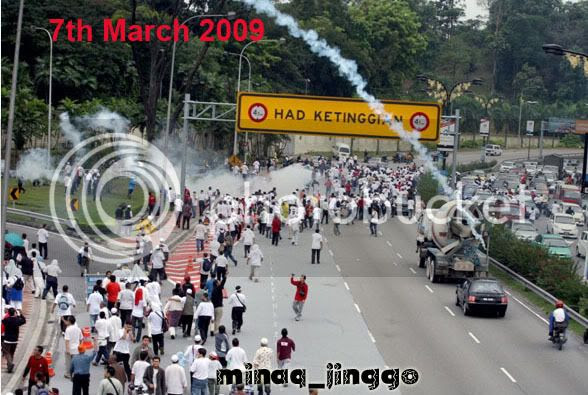 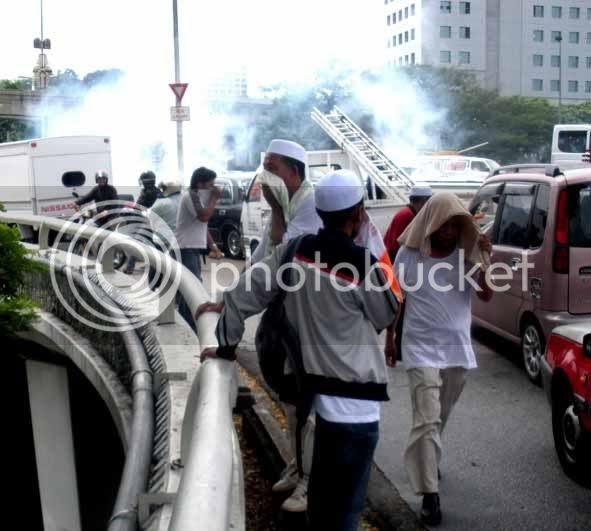 Was it necessary to tear gas Malay teachers and linguists, and a 76 year-old national laureate?

This government appears to be no longer capable of dealing with the rakyat without the use of force.

This comes at the end of a week in which the Executive Branch has violated fundamental principles of the Constitution, and deployed the instruments of state against elected representatives of the people. 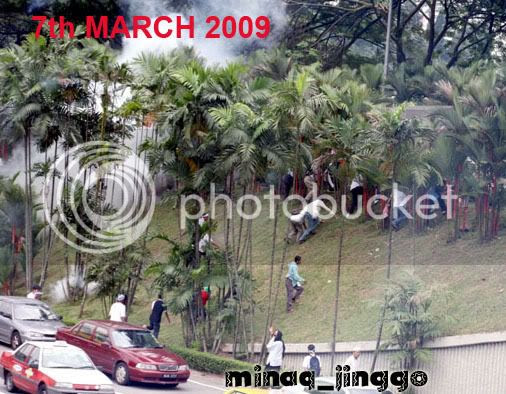 A government sworn to uphold the Constitution now tramples upon it, and sets itself against the rakyat it was elected and appointed to serve.

UMNO is utterly alienated from its meaning, purpose and spirit. No longer the party of the Malay schoolteacher but of the power that directs water cannons and teargas at them.

No longer the grassroots party of the Malays, but of opportunists who hide behind the Rulers while they fan hatred between the people. 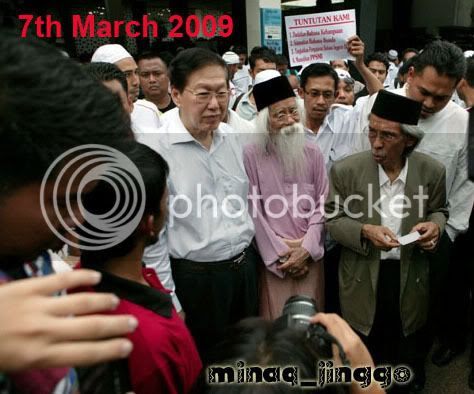 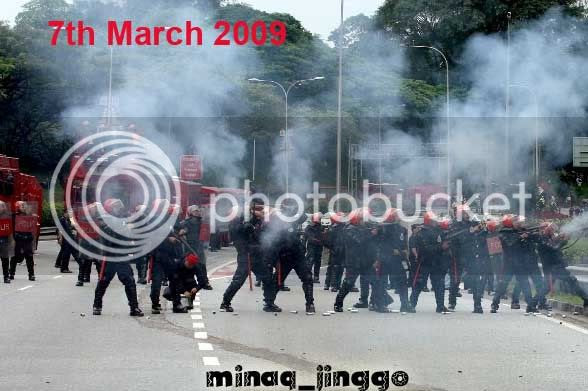 (Photos courtesy of Minaq-Jinggo)
Posted by Malaysian Unplug at 13:23:00