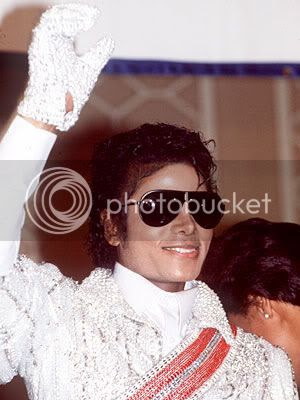 As word spread that Michael Jackson had been pronounced dead at UCLA Medical Center , several people burst into tears. He died of suspected cardiac arrest.

Michael Jackson not only broke the color line at MTV, which, having styled itself as a visual version of white FM radio, had declined to play videos by black artists, he changed music video itself. He amplified its scale, with ambitious, long-form, cast-of-dancing-dozens mini-movies whose influence is still seen today. You can argue the artistic merits of "Thriller," with its corps of zombies, or "Beat It," with its "West Side Story" rumble, but they brought storytelling and Hollywood production values to what had been a medium of glorified infomercials.

Michael Jackson-Billie Jean-30th Anniversary Special
As his personal strangeness began to eclipse his music, as his public career diverged from his private life, he became a person seen and not seen. The videos showed you a person in control, or at least desperately asserting it; the news clips showed you a man in a mask, running scared. A 30th anniversary CBS special in 2001 showed bursts of energy, but he had become ghostly long before he died, pale and paper-thin and skeletal.

Jackson rose to fame as the youngest member of the Jackson 5, a group that Motown founder Berry Gordy was initially reluctant to sign. Read here and here for more Farrah-Fawcett (February 2, 1947 – June 25, 2009)
(First published in Life magazine in 1976, it is the best-selling pin-up poster of all time,
with more than 12 million copies sold.)
Farrah Fawcett, the multiple Golden Globe and Emmy-nominated American actress best known for her role as the vivacious Jill Munroe in the 1970s television series “Charlie’s Angels,” died in a Santa Monica hospital. She was 62. Her spokesman, Paul Bloch, confirmed that the iconic actress died Thursday morning at 9:28 a.m.

Her long-time partner Ryan O'Neal told People magazine Thursday, "She's gone. She now belongs to the ages ... She's now with her mother and sister and her God. I loved her with all my heart. I will miss her so very, very much. She was in and out of consciousness. I talked to her all through the night. I told her how very much I loved her. She's in a better place now."

Fawcett was diagnosed with anal cancer in September 2006 and, despite going into remission and enduring extensive chemotherapy and surgery both in the U.S. and Germany, it was revealed earlier this year that the cancer had spread to her liver. She stopped receiving treatment in May.
A Tribute to Farrah-Fawcett
Born in Corpus Christi, Texas, in 1947 to a homemaker and an oil field contractor, Fawcett was encouraged to pursue a career in Hollywood while attending the University of Texas at Austin after her photo as one of the “Ten Most Beautiful Coeds” landed on the lap of a Los Angeles publicist. After scoring a string of commercials for consumer products and a few small television roles she finally hit the big-time with “Charlie’s Angels.” But Fawcett, eager to pursue greater acting challenges, left the show after just one season.

The blond beauty soon became the all-American face of her generation when she posed in a red one-piece bathing suit for a poster that became an item of pop culture history and has reportedly sold over 12 million copies. Blessed with a flawless figure and stunning smile, Farrah also had a full head of thick blond wavy hair that took on a star-status of its own; the “Farrah Do” became the most requested style by women across the world. Read here for more and here
Posted by Malaysian Unplug at 11:53:00