FLASHBACK from Time Magazine: 1965 - Separation of Singapore from Malaysia 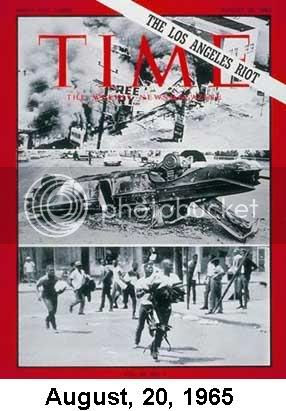 One of Our Islands Is Missing

Friday, Aug. 20, 1965
Two years ago, Britain helped lash together a sprawl of Asian real estate into a federation called Malaysia. It was born in the high hope of providing economic unity, political stability, and a bulwark against expansion by Red China or Indonesia. But there was a fatal flaw that doomed the scheme from the start.

Last week Singapore, fifth largest port in the world, broke away, and once again a British-backed regional federation was in tatters.- The flaw was a clash of peoples, of religions, of languages, of cultures. Put in the simplest terms, the Malays—largely rural, uneducated and unenterprising —feared domination by the Chinese—aggressive, technically able and urban —who ran just about everything except the bureaucracy. It was just a matter of time before the ugly jealousies brought trouble to a climax.

The federation was given the coup de grace by the very man who had conceived it, Prime Minister Tunku (Prince) Abdul Rahman, 62, an aristocratic, Cambridge-educated lawyer. Convalescing in the south of France from an attack of shingles, following attendance at the Commonwealth Conference in London last June, the Tunku drew up a balance sheet of the pros and cons of a "Malaysia without Singapore."

The Tunku had brooded for months about the growing tensions that he feared might bring a renewed bout of the bloody race riots that flared in Singapore a year ago. The Tunku's Malay community was also concerned about the growing threat posed by Singapore's Prime Minister Lee Kuan Yew, who last year suddenly expanded the political activities of his vigorous People's Action Party from Singapore to the mainland.

P.A.P. campaigned for nine seats on the mainland, and, though it captured only one, the lone victory was warning enough that the P.A.P. might begin to lure large numbers of Malay voters away from the Tunku's United Malay Nationalist Organization.

Noisiest of the Malay "ultras" who demanded harsh measures against the Chinese was the secretary-general of the Tunku's U.M.N.O., Jaafar Albar, who stumped the rural kampongs (villages), soon had crowds shouting, "Crush Lee!", and was emerging as a rival of the Tunku himself. Albar demanded that Lee Kuan Yew be thrown in jail and the government take over Singapore.

As word of continuing agitation reached him in Europe, the Tunku decided it was time to act. Flying home to Kuala Lumpur, he huddled with Deputy Prime Minister Abdul Razak, who reported that two conferences with Lee had proved no agreement was possible. Summoning his Cabinet, the Tunku demanded a vote of confidence. It was granted.

Next, he brought Lee Kuan Yew in from a golfing holiday in the Cameron highlands, bluntly told him that the only solution to the racial tensions was the secession of Malaysia. Stunned, Lee argued for a looser federation as a compromise solution.

But the Tunku was adamant.

In Singapore, Lee went on TV to explain Singapore's expulsion. As he described his "anguish" at signing the secession paper, he broke into tears, an exhibition that startled those viewers who think of him as a brilliant and impassive calculating machine. The city rallied strongly to its leader. The stock exchange vaulted and in some neighborhoods Chinese merchants exploded firecrackers, overjoyed at the prospect of renewed trade with Indonesia, Singapore may well flourish as a second Hong Kong, and relations with Malaysia might even be better after the divorce.

But how will the small (224 sq. mi.), bustling island cope with Red China and Indonesia? The answer seems to be by following the well-trodden path of nonalignment.

One of Lee's first acts was to rescind the Tunku's order for the closing down of Peking's Bank of China in Singapore. As for Sukarno, he will probably make his views known this week in an Independence Day address.

Still unresolved is what Lee intends to do about Britain's military base, which serves as depot for 50,000 British troops and a 70-ship fleet that have been aiding the struggle against Sukarno. Since the base employs 40,000 Singaporeans and provides one-third of Singapore's G.N.P., Lee will move slowly.

There may be more secessions from Malaysia. Remaining in the federation with Malaya are Sabah and Sarawak, which only entered in the first place to ensure the Tunku a Malay majority, and that problem no longer exists.

Though stunned by the suddenness of the split and angered by the secrecy, Britain accepted the accomplished fact and recognized Singapore as a sovereign state. The U.S. and most of the West followed suit.