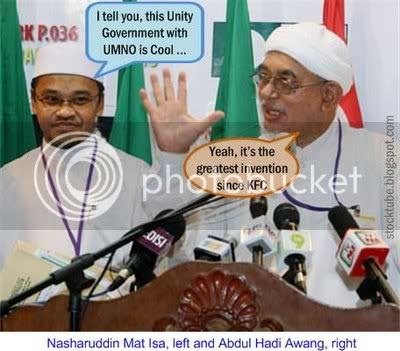 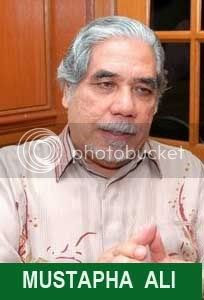 The "straw that broke the PAS camel’s back"

“Tok Guru felt that Nasharuddin was embarrassing the party by going out of his way to engage with Najib. We all know that PM is trying to split PAS with his rhetoric but yet one of our leaders falls into the trap.’’

Tok Guru Nik Aziz was angered when Nasharuddin made the following statement:

“This is the first response from the Prime Minister and it is quite serious.

I accept it with an open heart.”

PAS leaders believe that any future ambivalence on its position would harm its relationship with DAP and PKR, confuse the public as well as provide Umno with ammunition to split the party. So the party’s official stance is that PAS would enter into any discussion with Umno if PKR and DAP were included.

So it came as a surprise to Nik Aziz when Nasharuddin embraced Najib’s statement.

Nik Aziz remains the most popular PAS leader with the rank and file but Nasharuddin enjoys the support of Abdul Hadi, PAS secretary-general Datuk Mustafa Ali and several other office bearers in the party.

Party officials do not expect Nasharuddin to quit PAS nor do they believe that he will be cowed into silence by Nik Aziz.
Posted by Malaysian Unplug at 19:20:00