MUST be Established by Prime Minister NAJIB

(A) To SALVAGE the Integrity of his Government
and
(B) To CLEAN OUT those Anti-Chinese RACIST OFFICIALS in MACC ! 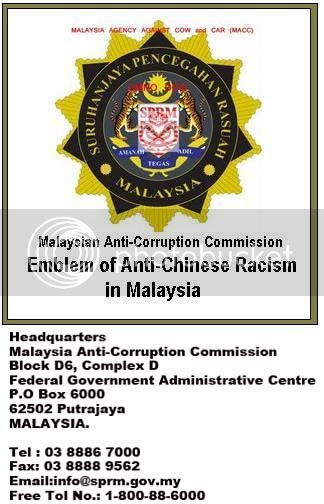 “The MACC interrogator asked me if I was Chinese or Malay and I told them that I was Malaysian.

But they kept insisting on my race.

The officer was curious because I look Chinese but has a Malay name.

Everything went smoothly AFTER they learned that I was a Malay Muslim."
- Dariff Din 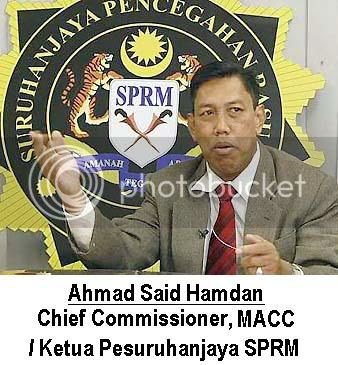 DAP member Dariff Din, whose father is a MALAY and mother a Chinese, says he was a victim of RACIAL remarks by MACC interrogators .

“They asked me if I was Chinese or Malay and I told them that I was Malaysian. But they kept insisting on my RACE,” Dariff told reporters at the DAP Paramount service centre when relating details of his interrogation on July 15 by MACC officials.

“Everything went smoothly after they learned that I was a Malay Muslim,” Dariff said, adding he was questioned about his background for another hour before they asked him how Lau’s office spent the state allocations.

He said they were mainly interested in his ethnicity rather than the case itself, adding the officer was curious because he looked Chinese but had a Malay name. He told them his father was Malay and mother was Chinese.

Dariff, who is assistant to Kampung Tunku assemblyman Lau Weng San, is the SECOND person to make the claim after Kajang municipal councillor Tan Boon Wah who made the same allegation yesterday. 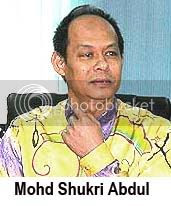 The investigator went through all the files they seized from Lau’s office, Dariff said, adding he was surprised the officer even asked if anybody had attended the programme even though there were photos to prove the event was not a hoax.

“They told me that now there are computers, so the photos can be made,” he added

After the interrogation was complete, Dariff asked for the written statement but the officer REFUSED and claimed it was against procedure and it was a secret.

“How can it be secret when I made the statement?” Dariff asked, adding he was questioned from 4.30pm until 9pm that day.

Dariff also asked the interrogator why he was being investigated when there are bigger cases like the PKFZ.

“It is not our jurisdiction, it up to the head office. We are only Selangor,” he quoted the officer as saying.

Dariff added that he was allowed to roam freely in the office.

He said he saw Teoh Beng Hock being escorted to the back of the MACC office at 6pm. Teoh was found dead a day later outside the building.
Posted by Malaysian Unplug at 05:58:00

Never have I heard of a person falling down from a high building experiencing a wardrobe malfunction. The tear from Teoh's trousers is highly suspicious and unlikely. There were no blood splashing around where he fell. The only thing I can conclude is that Teoh was tortured to death and his body flung out of the window. And the only conclusion the police can come in their preliminary investigation is that Teoh died due to injuries from a high fall. Morons, who do not know that? Even a kindergarten child would do better.

But I do know of one famous wardrobe malfunction. This came from the sister of Michael Jackson, Janet Jackson during one of her high-octane performance. From a person bigger than life itself, and combining with another heart-trob, Justin Timberlake the chemistry flow between them inevitably caused a wardrobe malfunction, to the astonishment and delight of million of MTV gawkers.

But the MACC episode is macabre and disgusting. This is a political murder engineered by no other than the veteran Perak-coup leader, Najib.

Sometime back I lodged a Polis report on my stolen vehicle. One of the questions I was asked in their computerised prescribed form was 'which religion do I profess'. Shit. I damn bloody well tell them my only religion was the Malaysian Ringgit which bore the face of our King. What has my religion anything to do with my stolen vehicle? Polis Bodoh. Just like MACC Bodoh.
malsia1206