The Slide in Malaysia's Public Institutions 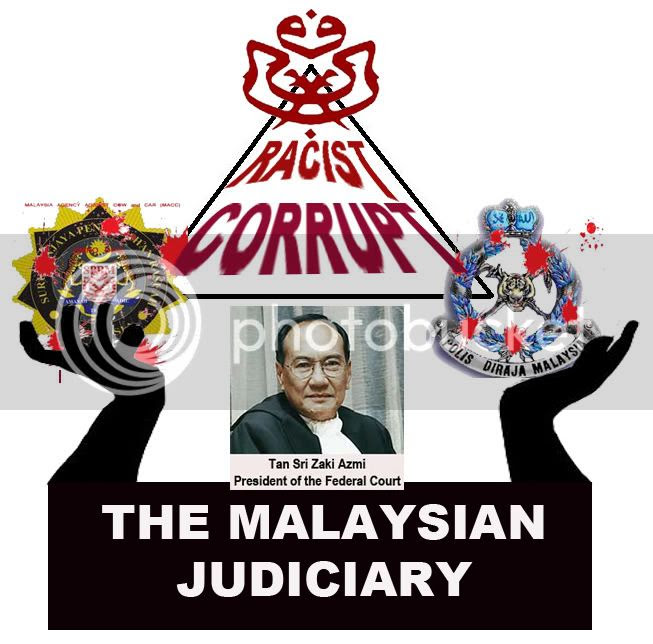 His ties to UMNO is too deep for him to ensure the independence of the judiciary especially in cases involving the interest of UMNO or UMNO cronies. He has only served the judiciary for less than 5 years in total before becoming the Chief Justice, an unprecedented leap-frogging to the top post in the Judiciary with help of the UMNO-led Government.

He became the FIRST person to be appointed straight to the Federal Court, bypassing the convention of first serving in the High Court and the Court of Appeal...." Read here for more

Arresting the Slide in Our Public Institutions - Part II

In the wake of the MACC scandal involving the tragic death of a young political assistant to the DAP party, it is imperative that Malaysian society re-asserts its presence in the public domain by demanding an enquiry into what really happened at the premises of the MACC office.

But more than the details of the interrogation process itself, the protests over the death of the young PA at the MACC office has to start from the simple premise of who runs MACC and whose agenda was it serving?

Lest it be forgotten, MACC stands for the Malaysian Anti-Corruption Commission. The very name itself spells its purpose and mandate and should remind all of us - MACC officers included - that they are PUBLIC SERVANTS who are meant to serve the interests of the Malaysian PUBLIC, of whatever political background or affiliation.

It beggars belief that among those accused is a State Assemblywoman who is said to have given money to a health centre in her own constituency, while other more notable cases that includes a former senior (UMNO) politician who has built for himself a Bali-styled mansion fit for a King (or perhaps even surpassing the palaces of the Kings) are NOT called in for questioning.

It is this blatant and shameless selectivity of the MACC investigation procedure that adds to the growing cynicism of the Malaysian public, and raises questions about the objectivity and credibility of the institution. We have seen many other cases of selective persecution in so many other failed and failing states all over Asia and Africa, and in all of these cases the rot begins when the institutions of governance fail in their stated goal of serving the public and end up serving the interests of those in power. 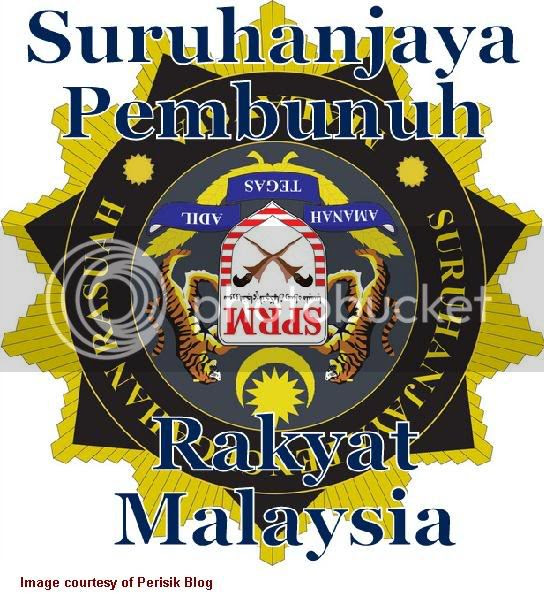 MACC’s reputation in the long run will depend on HOW the enquiry into the death on its premises will be carried out, and whether the body can persuade the Malaysian public that its enquiries into the alleged wrongdoings of lawmakers in Selangor are not motivated by other political agendas that may serve other party-political interests as well.

Anything LESS than that would be to concede to a neo-feudal political culture where the citizenry have no role to play (save voting once every few years) and where politicians and public servants behave like rulers immune to the law.

That is not development, the word for it is DEGENERATION.
-Dr. Farish A. Noor
Posted by Malaysian Unplug at 09:46:00