From Malaysiakini: Read here for more and from Anil Netto blog 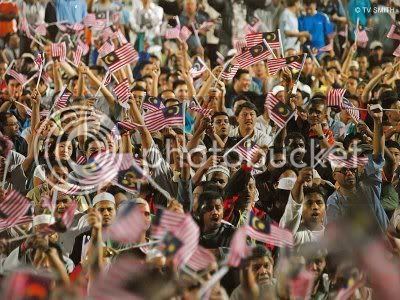 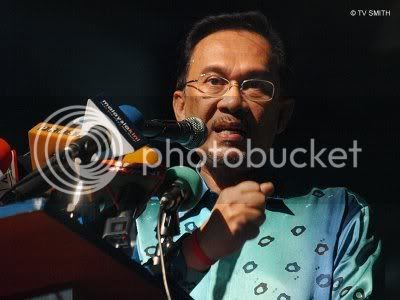 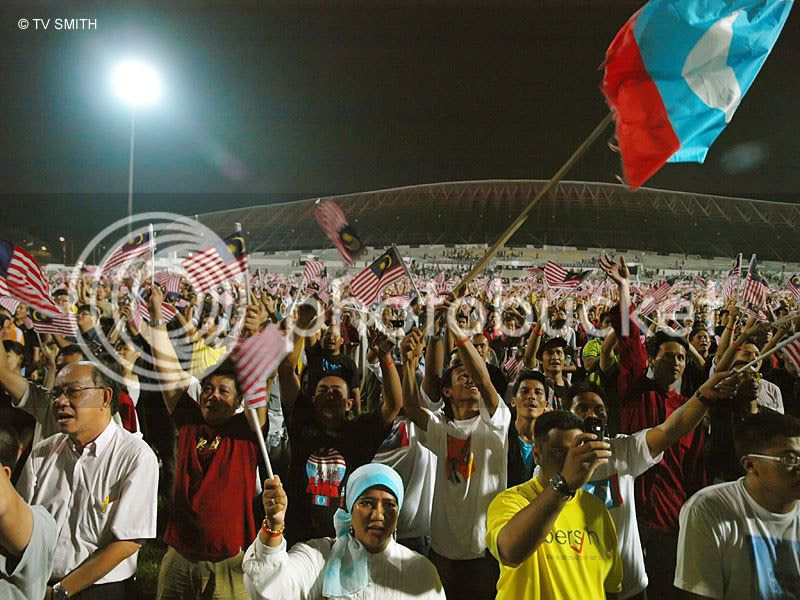 (Photos courtesy of TV Smith)
Opposition Leader Anwar Ibrahim told a 20,000-strong rally that he had the numbers to form a new government TOMORROW (September 16) and wants to meet with Prime Minister Abdullah Ahmad Badawi to discuss a handover.

According to him, Pakatan Rakyat has submitted a letter to Abdullah today seeking a meeting for a smooth transition of power.

"Tonight, on the eve of Malaysia Day, we are ready to form the government TOMORROW (September 16).

We have the numbers to defeat BN. Tomorrow is D-day, we are ready to form the government.

“How can we be on track for 916 when they send the MPs to Taiwan and then they detain Teresa? I want to stress we have the numbers.

I want to guarantee that when we take over, we will not follow the law of the jungle or vengeance."

He told journalists after the rally,"I believe that the government will fall in the next few weeks,"

“The process has begun,” confirms a senior PKR leader. “Tomorrow, emissaries are going to try and meet the PM, and if that doesn’t materialise, Anwar will start the process.”

Tian Chua wrote in his blog:

No worries, we promise you a very smooth transition from BN to Pakatan!

We must give full credit to the people of Malaysia for their courage and determination, 16 Sept 2008 will be a new chapter for Malaysia.

This is the landmark for the fullfillment of freedom,democracy and properity that has been promised to all citizen by the independence."

Many people at the rally who spoke to Malaysiakini also expressed confidence of an impending change.

"He may reveal the first batch of defectors and maybe on how they will approach the king. I think they will wrap it up and form a new government by the end of this month," said retiree G Maniam.

"I am surprised at how fast things are changing," said another Pakatan supporter at the stadium, Anthony Tong. The 52-year-old accountant from Cheras said that he would not be disappointed even if Anwar managed to seize power by the end of this year.
Posted by Malaysian Unplug at 01:08:00