Mufti Asri Zainul Abidin Says,Ceramah At Mosques Should NOT Be Too Loud 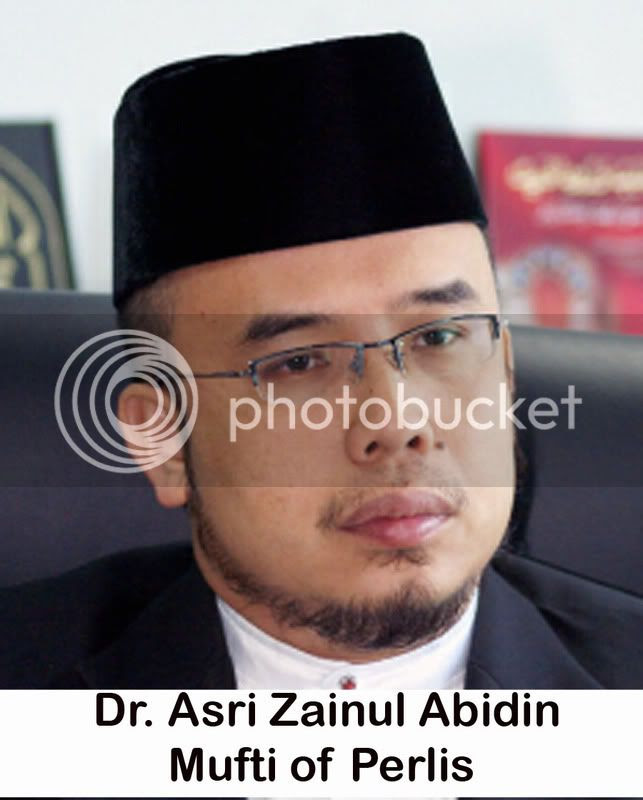 Perlis Mufti Dr Asri Zainul Abidin said ceramah at mosques should NOT be broadcast TOO LOUD to a point where it disturbs the neighbourhood, especially those held in the evenings.

“Other than the azan, other activities at the mosques, including private prayers, should NOT be broadcast at decibels deemed to be DISRUPTIVE to neighbours in the area,” Dr Asri said after a motivation talk at Balai Islam.

He said yesterday the call for azan (prayer times) should be broadcast accordingly and clearly to remind Muslims in the area to perform their requirement of praying five times daily.

He said Islam did not require its activities in mosques to disrupt the lives of others as what was enshrined in its teachings.

Ahmad Zahid had said the definition of ISA was that it concerned national security and not religious practices.

(Some of ) these Umno-inspired NGOs know nuts about Islam: they not only give a bad image to Islam, but also embarrass knowledgeable Muslims through their sheer ignorance about matters related to fiqh (Islamic jurisprudence) and Syariah.

One such IGNORANCE is laid bare when Muslim Consumers Association president Maamor Osman, was reported to have lumped both the call of azan and kuliah (lectures) into the category of “Syiar Islam”, and therefore no one should question these.

"Syiar Islam" is derived from the Arabic Sha’a’ir al-Islam, meaning 'rituals of Islam'.

The kuliah, for the kind information of Maamor and his likes, has NEVER been considered a ritual in Islam, whether formal or informal.

Coming from a group whose modus operandi is generating unnecessary panic among Muslim consumers about the halal-ness of a certain brand of food, I, like any practising and five-time praying Muslim who is clear about the principles of halal and haram in Islam, am not at all surprised.

Such is the state of Muslims in Malaysia that these ‘defenders of Islam’ who usually come out protesting in their childish uniforms and jackets, are allowed to carry on with their negative da’wah about Islam.

With the exception of the Mufti of Perlis, none of the officers from any of the Islamic departments have come out to clear the confusion among non-Muslims, and indeed Muslims too, about Islam.

Notwithstanding the accusation over the azan - hurled at Kok - is now proven false both by her own denial and the statement by the mosque involved, the damage to the Islamic call to prayer has been done.

Muslims have a duty to correct the wrong messages sent about AZAN.

The azan was made obligatory and part of the Syariah during the first year after the migration of the early Muslims from Mecca to Medina.

It was Umar al-Khattab, who was to be the second caliph after the Prophet's death, who suggested that a person call the others to prayer, to which the Prophet instructed a black Muslim youth, Bilal, to make the call to prayer (hence the name Bilal in some languages becoming synonym to the word ‘muezzin’).

The azan as we hear it today has not changed a bit in its style of presentation since the Prophet’s times.

The whole purpose of the azan is to make it audible enough for people to hear.

When modern PA system was introduced and became an inseparable tool for azan ever since, this requirement was easily fulfilled.

With rapid urbanisation in the Muslim world, the call to the obligatory prayers naturally became louder, so as not to be drowned out by the sound of traffic and other modern day noises.

In most NON-Muslim countries, the use of loudspeakers for azan is banned. Thus the azan, heard five times a day, was confined mostly to the Muslim world and characterises the environment of any Muslim country.

But what is the etiquette of azan in Islam?

Because AZAN is a form of worship, the azan too is bound by certain etiquette.

“I have seen people staying up a part of the night on the minaret admonishing the people, making remembrance [of God] and reciting the Qur’an in a loud voice. They keep people from sleeping and disturb those who are making late-night prayers. These are rejected and evil actions.”

This goes on to show that the azan, since time immemorial, has had a STRICT set of guidelines, like any other formal Muslim worship. And this applies even in exclusively Muslim locations.

Muhammad Taqi Usmani, who served for two decades at the Shariah Appellate Bench of the Supreme Court of Pakistan until 2002, and whose famous judgement on usury has become an important reference material for students of Islamic law and economics, has written on the tendency of some mosques toABUSE the azan.

The prominent judge chided some who abused the use of loudspeakers in mosques, which not only hurt the people LIVING AROUND the mosques, but also created resentments against mosque managements and other religious circles.

While the use of loudspeakers complements the objective of the azan to be heard in distant places and therefore is advisable, the same is NOT true of sermons, Qur’anic recitations or any other activities, such as the commonly held religious lectures (kuliah) in Malaysian mosques.

Muslim JURISTS are unanimous that the recitation of the Qur’an in a loud voice is NOT allowed just to get people listen to it while they are engaged in other activities.

As such, blasting it by using external loudspeakers, as in some mosques, comes under the same PROHIBIT act.

It is mischievous and irresponsible of some Umno politicians and their mouthpiece Utusan Malaysia to play up the azan issue.

The azan, like many other things in Malaysia, is considered ‘sensitive’ and therefore is fast fitting itself into the list of racialist issues in Malaysia’s racialist politics.

Muslims in Malaysia have a greater and heavier responsibility for Islam, because they live in a society with large non-Muslim minorities.

Muslims must pick their battles, and know WHEN to come to the defence of Islam.

The AZAN , which only lasts five minutes, is hardly noise pollution, but soothes hardened hearts and provides a divinely inspired music to remind us how mundane and materialistic our life is. As the Arabic saying goes, if one is not moved by melody, he is neither a man, nor a woman, but an ass.

If the azan is to be banned, I would be the first one to protest, even if I fail to answer its melodious invitation to attend the congregation at the mosque five times a day.

The mark of a successful Muslim community is how attractive its religion has become for the other communities.

In MALAYSIA, non-Muslims continue to have suspicions about Islam through NO fault of theirs, but because Muslims themselves CANNOT differentiate between becoming a Malay and living as a true Muslim, as Raja Petra has rightly pointed out through his many writings.

Someone once observed that as the Muslim civilisation declines, mosques grow in number, size and beauty, so as to compensate for their decay.

At the same time, the number who attend mosques decreases, even as the call to prayer can now reach every nook and corner.

One may add, in the present context, that as Muslims lag behind in all spheres, their RELIGIOUS LECTURES tend to be LOUDER than ever.
- Abdar Rahman Koya

The call for prayer or azan IS NOISE POLLUTION. It may just be 5 minutes a day, but that's 5 minutes 5 times a day for a total of 25 minutes of loud noise in a residential area. This is definitely irritating and is considered by any sane person to be noise pollution. Still, typical selfish muslims deny this fact and remain using this invasive form of prayer today.