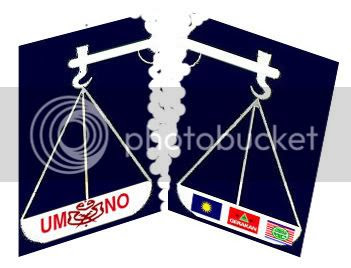 Malaysia’s Moment to Unite
Read here for more on Jelas.info

Malaysia is facing a malicious attempt at false provocation.

The selectiveness of the ISA arrests is an insidious and misleading attempt to create resentment among particular communities.

Why else arrest the messenger but not the message maker, or a politician proven to be only falsely accused?

Perhaps it is hoped that impassioned and racially tinged sentiments will be expressed in the coming days, escalating to even more impassioned racial reactions.

This in turn may lay the ground for emergency rule, and for all the suspension of civil liberties and human rights that follow.

What the powers that be have forgotten however, is that Malaysia is better than that.

The time has come to speak out in the right language - the language of upholding truth, human rights and our love for one another as Malaysians.

When talk is no longer sufficient we will ACT.

We will act only peacefully, without burning tires or harming even a fly.

We will stand together and rise in defence of our principles, our patriotism and our unity.

Whether our country will emerge from this tunnel into the light, or whether we lose our best chance to finally break free of the lies that create racial conflict, will depend entirely on ourselves and our resolve.

If we stand firm now, united and without fear in the face of the challenges and temptations ahead; if we be strong, and take courage; we will see the invincible strength of a united people, and finally win for all Malaysians the Malaysia we deserve.
- Nathaniel Tan

From a Reader on People's Parliament Blog
(read here )

I would like to call upon ALL Malaysians to do these:

2. Do not do anything rash

3. Do not take to the street

4. Do not be instigated by people to demonstrate

5. Just voice it out in your blog, your comments to the blogs, and inform your friends and relatives about the situation

6. Call your Aduns or MPs and voice out your objection about these arrests and urge your representatives to voice out

7. Members of political parties, sms your leaders to pressure them to voice out

... I have been told by qualified sources that I may be included in the next round of ISA arrests.

I am not afraid of what this government might do to stifle dissent and squash the hopes of people for change.

This is a repeat of Ops Lalang. (read here on Ops Lallang)

But this time the situation is different. Malaysians are generally united.

Pakatan Rakyat has given people hope. Those who feel threatened by BN/UMNO crude and crass racial politics have a viable alternative in the leadership of Anwar Ibrahim and the Pakatan Rakyat coalition.

When I joined this movement I knew that this day would certainly come.

When I learned how to blog at the ripe age of 68, I felt I was born again - and I had a chance to say many things which I had kept inside for my entire life. I have been honest and forthcoming with you, my readers.

God willing this will just be a minor detour on our march to Putrajaya.
- Din Merican

PAS leader Mujahid Yusuf Rawa, who was also at the police station, did not mince his words in arguing that Ahmad should be the one detained under ISA and "not the journalist who reported what he had said".

I have called up a few of our Malay MPs and assemblymen for help and assistance. We need you to speak against the treachery against the 3 persons, RPK, Teresa Kok and Tan Hoon Cheng, by our government.

I have asked the diplomatic community to speak up too through my friend in the diplomatic circle.All Malaysians MUST SPEAK UP against this treachery. The selective use of ISA against political opponents is most despicable.

Only days ago, the BN Supreme Council held a meeting to discuss consensus building and a code of ethics for all members in its bid to control racist and sensitive sentiments in the coalition.
Yesterday, PM Abdullah Badawi and Home Minister Syed Hamid Albar have shown to us that the BN consensus is DEAD.

It is unthinkable for the duo to approve the use of ISA against Raja Petra Kamaruddin, Teresa Kok and Tan Hoon Cheng without consulting the cabinet which is the highest executive body. Did Abdullah consult his other coalition partners, knowing that his action will affect them badly?

Clearly, it is NO longer tenable for the coalition to exists if UMNO continues with its solo act and in the process hurt innocent victims with their action.

I would like to URGE Home Minister Syed Hamid Albar to resign immediately for his total incompetence and insensitivity. This is the same minister who had instructed the police to mount roadblocks when Anwar was present in the parliament causing massive traffic jams throughout Klang Valley.